Signs Of Chocolate Poisoning In Pets 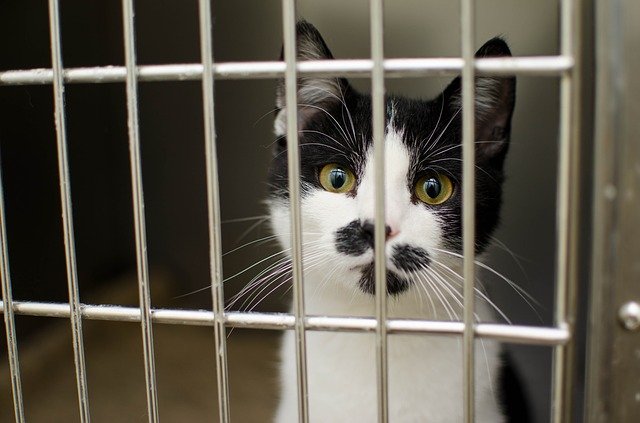 Chocolate can be harmful to your dog or cat as it contains theobromine. This bitter alkaloid compound is found in cocoa and is toxic. Humans can quickly and easily metabolise theobromine – our body processes and expels the substance without delay – so chocolate poisoning in people is rare.

But our pets process theobromine much more slowly. As a result, the toxin builds up in their system and can reach a level high enough to make them ill. This is why it’s so important to keep chocolate and treats up away from your animals reach.

Dogs are particularly bad at processing chocolate. Not surprisingly, therefore, chocolate poisoning occurs most frequently in dogs, but cats and other animals are also vulnerable. Even the chocolate in desserts, cakes, and ice cream can cause a problem.

The beginning of theobromine poisoning is usually signalled by severe hyperactivity. The next obvious symptoms will probably be vomiting and diarrhoea. Only a small amount of chocolate is needed to provoke these symptoms in small pets. If these symptoms do materialise, it is important that the animal drinks plenty of water and you call your closest emergency vet immediately.

If large amounts of chocolate are consumed, it can produce muscle tremors, seizures, an irregular heartbeat, internal bleeding, or a heart attack.

The usual treatment for theobromine/chocolate poisoning is to induce vomiting within two hours of ingestion. If you suspect that your pet may have eaten a large quantity of chocolate (say, an entire box) or they are exhibiting any of the symptoms listed above, you should contact your closest vet ASAP.

Can Chocolate Kill A Dog Or Cat?

The short answer is, yes, chocolate can kill a dog or cat. The smaller the animal, the less chocolate it can consume before it begins to feel ill. This means that small dogs are more vulnerable than bigger dogs.

Cats seem to be able to digest chocolate better than dogs but they too are highly vulnerable. The darker the chocolate, the more toxin it contains and the more harmful the effects will be so it’s important to monitor them closely.

Some cheeky cats and dogs like to eat chocolate, just as much if not more than their owners. It is important not to offer your pets any chocolate over Easter. Make sure they do not accidentally get access to any. Chocolate should never ever be offered as a reward. Dogs are particularly vulnerable to chocolate poisoning, so if you suspect your dog or cat has consumed a large quantity, call your vet without delay.

Get in touch with our friendly staff.
1800 789 567
Compassionate, Dignified & Loving Pet Farewells